Like all mothers, all I hoped for while I was pregnant was to give birth to a happy, healthy baby. I am the mother of 4 children, 2 of which have been touched by Cystic Fibrosis (CF). Over the next few minutes, I would like to share with you the experiences I have encountered as I have watched 2 of my children, Rob & Karen battle this debilitating disease.
Rob’s life of battles began the day he was born with the discovery of a clubbed foot.  Rob was the eldest of 4 children, with 2 younger brothers, James and Chris and sister, Karen.
His determination to overcome adversity began to emerge immediately.  Even having surgery twice in his 1st year and a plaster cast from hip to toe didn’t stop him from crawling and walking within days of having the cast removed.
He began to define who he was at a tender age. Rob had a presence when he entered a room.  He touched many lives and was adored by many for his compassion and generosity. A natural, spirited leader who was full of life, determination and mischievous charm.
As a youngster he underwent surgeries for tonsillitis, adenoids, and repeated tubes in his ears.  Despite his ongoing illnesses, he loved and excelled at skate boarding, bike riding, and competitive hockey.
As Rob grew, his medical problems continued, but he never let them keep him down.  Visits to the Pediatrician’s office became the norm.  His Pediatrician diagnosed him with chronic asthma and his standard prescription was… “Take 2 puffs of this, and 2 puffs of that, then reduce it to 1 puff and come back in a week”.
At about the age of 12 when Rob’s “so called asthma” continued to worsen, I asked the Pediatrician if it was possible that Rob could have Cystic Fibrosis?  I didn’t know much about CF – all I knew was that CF affects the lungs and causes difficulty breathing.  The Pediatrician ordered a chest x-ray and said, “If you don’t hear back from me everything is okay”.  You can only imagine how incredibly relieved we were when we didn’t hear back from the doctor because it meant that CF had been ruled out. 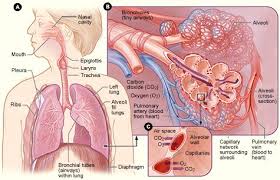 I continued researching and trying to find out what was causing Rob to be so sick.  I asked for him to be hospitalized for testing and observation but my requests were dismissed and fell on deaf ears.  Doctor’s visits for asthma, chest infections, and pneumonia became more and more frequent.  By the time Rob was sixteen I was desperate for answers and had had it with the Pediatrician.
After much consideration, I took him to my family doctor who was a General Practitioner.  Dr. Sharon Rubin was disturbed by Rob’s deteriorating condition and medical history.  Rob was very skinny, pale, had a barrel chest and his fingers were clubbed.  She ordered a battery of tests and referred him to a Respirologist.  Six weeks later we were totally shocked and devastated to learn that Rob actually had Cystic Fibrosis!  We truly thought CF had been ruled out several years earlier.
Most children with CF are diagnosed before their 1st birthday and without treatment the prognosis is not good.  The damage to Rob’s lungs was already extensive – his lung function had already deteriorated to only 34%.
After Rob’s devastating diagnosis his 3 siblings were also tested.  After 6 more agonizing weeks of waiting we received the news that Rob’s 9-year-old sister also had Cystic Fibrosis. For me, it was so unbelievably emotional and terrifying but I had to park my emotions to put on a brave, positive face for my children and family. 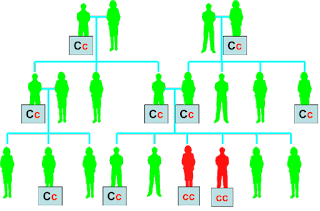