Barbados has hope! This statement is due to the caring nature of some of our youth and financial institutions. We at The Cystic Fibrosis Foundation of Barbados [Cffb] can say this is true, because we have experienced it. 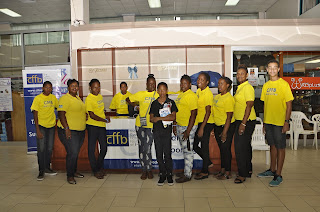 The youth of The St. Michael School and the Frederick Smith Secondary School have joined the volunteer forces of the Cffb as they are preparing their major fundraising initiative for 2015 where proceeds go towards helping the growing numbers of families affected by Cystic Fibrosis [CF]. These youth will be participating in a variety of ways to realize this and will be given certificates for the initiatives within which they participate. This is because the Cffb believes in recognizing the efforts of their supporters, and volunteers are no exception. The volunteer efforts of these students go towards their high school certification on their curriculum. 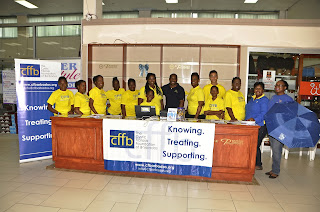 Corporate entities are more focused on giving back to society, and they are not doing so because they have to, but they genuinely enjoy helping. For this we are thankful at the Cffb, since Royal Bank of Canada [RBC] has graciously offered and tangibly supported our efforts of building awareness and building funds to help those afflicted with CF. We have had a phenomenal time sharing with their team mates who participated in our outreach efforts, and thank them for putting their shoulders alongside ours and really serving. RBC we look forward to a long and fruitful relationship with you and we want to publicly thank you for your support, especially when we recognize that you had choices of organizations that you could have chosen to serve. We have found RBC to be an organization that cares. The actions of these groups cements it in our minds that Barbados has hope!
Posted by Unknown at 03:46